The Caledon Fairgrounds at 18297 Hurontario Street (Hwy 10), Caledon Village are owned and operated by the Caledon Agricultural Society (CAS) since 1926.  The CAS board is comprised of volunteers who dedicate their time to run the events at the fairgrounds.  All proceeds raised during these community events are used for the refurbishment and maintenance of the property and to ensure these community events continue.

The grounds and the Exhibits Hall are available for rent. Please contact us if you are interested in renting. 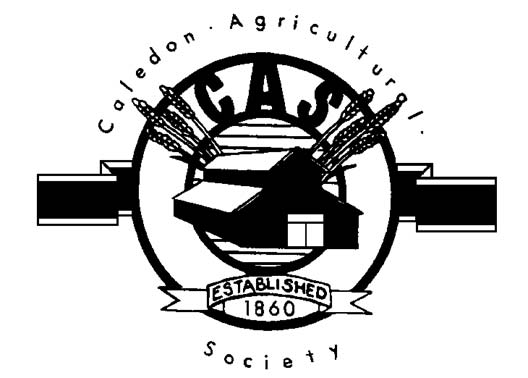 A Short History of the Caledon Fair

by Clarence Pinkney, Secretary of the Caledon Agricultural Society

Some Information re: History of Caledon Fair that I have garnered during my 60 years involvement with the Society.

Caledon Fair began in 1860 with the first Fair and possibly the second Fair being held in Mono Mills area. The Fair then moved to the Caledon Village Area (the Dynes property which was north of 15 Sideroad (now Charleston Sideroad) on Hurontario St. or Highway #10.

The Fair then moved to 15 Sideroad (Charleston Sideroad), West of (Highway 10) Hurontario Street and then moved to the present location which  was rented for two years and purchased in 1926 from Albert B. Smith. Many local residents and farmers paid small amounts to enable the Society to make the purchase

The Heritage Hall was moved from one location to its current location. The Heritage Hall has been used as an Exhibits Hall and was also used as a skating rink in the winter. It was never used as a barn. The Building gained some notoriety in the 70’s when it was used in a Television Series, “The White Oaks of Jalna”.

Horse Racing was a popular event at Caledon Fair for several years. It was discontinued in 1986. Livestock Shows were held with the intent to improve the quality of Livestock through competition, and have included Beef, Dairy, Horse, Welsh Pony, Heavy Horse Pull, Sheep, Goat, Rabbit and Cavy. The Hunter Jumper Show began in 1935 and ran for several years.

It is interesting to note that in 1938 admission was reduced to 25 cents.

1961 was the last Caledon Township Fair. 1962 was the first Fair to be called Caledon Fair.

1977 was the first year to have a Woman Director on the General Board, Jean Kelloway. Jean is currently one of our only 2 life Members of the Society and was active in the Fair until her 92nd birthday.

1986 our First Constitution was adopted.

Mission of the Caledon Agricultural Society

Images From Our Past